Cool roofs are ideal for Florida's hot and humid climate, as they are most effective in areas where temperatures and air conditioning use are high.  By reducing heat gain through the roof surface, cool roofs decrease air conditioning use that leads to 10-30% in energy savings at the hottest part of the day, when energy demand is at its peak.  According to the LLawrence Berkeley National Laboratory's Heat Island Group, if cool roofs were implemented nationwide, we would save $1 billion in cooling costs, with $20 million in the Miami/Ft. Lauderdale area alone.  It also helps relieve the need for additional power plants.

Some additional benefits of cool roofs:

Understanding the radiative properties of roofs is crucial to recognizing  how a roof will function under the presence of the sun's heat.  The energy performance of roofing materials is measured by its solar reflectance and thermal emittance properties.

Both measurements are measured on a scale from zero to one, with higher numbers representing a cooler roof.

The Solar Reflectance Index (SRI) is an alternative measurement to solar reflectance and thermal emmittance, and is calculated using the two values.  It is defined by the Lawrence Berkeley National Laboratory as the roof's ability to refect solar heat, as shown by a small temperature rise.  SRI is defined so that a standard black is zero and a standard white is 100, therefore particularly hot materials can result in slightly negative values, and particularly cool materials can exceed 100.  SRI is a measurement that is referenced by an increasing number of code bodies and voluntary green building programs, including LEED NC Version 3 and ASHRAE 0.1-2007.

What About Modified Bitumen and BUR Roofs?

What is the FPL Rebate Program?

FPL’S Business Building Envelope Program can help you save energy and money by providing incentives for adding or installing:

How Do I Qualify?

There are three things you must do to quality for the rebate:

What Are My Options? 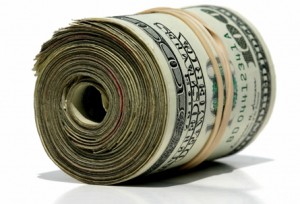